The wrong thing to focus on.

Competition is an odd topic. It’s something a lot of people care about. They want to make sure their ideas are protected and that they’re not being taken over by some other company.

As an Indiehacker, competition is a bit different than corporate competition. If someone takes your idea and then adds a few employees behind it, you’re now outgunned.

That’s how it feels, but that’s not what’s actually true.

You see, competition doesn’t matter at all. Not even in the slightest. I spend 0 hours every day of every week thinking about the 20 or so competitors that have popped up in the last three years.

Why? Because they all lack skills that I have. No one has the same skills as you.

I can tell immediately if someone actually has any chance of being successful or not. People that will be successful do their own thing, not copy what other people have done.

That’s an incredibly poor position to be in as a “business” owner. I feel bad for them, because they have no skills.

There are a few competitors that actually do some good things and drive innovation forward. I have respect for them, because they actually care and want to help their customers.

Ultimately, if someone is more skilled than you, more innovative than you, faster than you, and more helpful to their customers, then doesn’t that mean they deserve to be doing better than you?

That’s reality. That’s the truth. If you’re worried about the competition, you’re not good enough at what you do.

And that’s why you need to build deep skills. Not just “dangerous enough” skills. I’m talking about being one of the best in the world at what you do.

Get really good at what you do!

That’s what separates you from other people/businesses. That’s what makes you successful at everything you do. That’s what allows you to stop worrying. When you’re the best, you can keep working at a prolific level.

How competition has impacted me

Largely, it hasn’t at all.

It’s funny, I tweet publicly about all of my business stats. Revenue, users, organic traffic, everything. But, none of my customers see any of that. The only people that see it are mostly other developers that could make the tool themselves.

When I started Closet Tools there was one other competitor making a chrome extension for Poshmark automation. Now, there’s about 20.

All of them just copy the other ones. It’s sad. Customers are confused because there are so many options and they’re all similar (and cheaper).

But, I just keep doing what I’m doing. Providing value to my customers and moving forward. I have an innovative path, and vision for the product.

Here’s a graph of how all of the competition has affected my business: 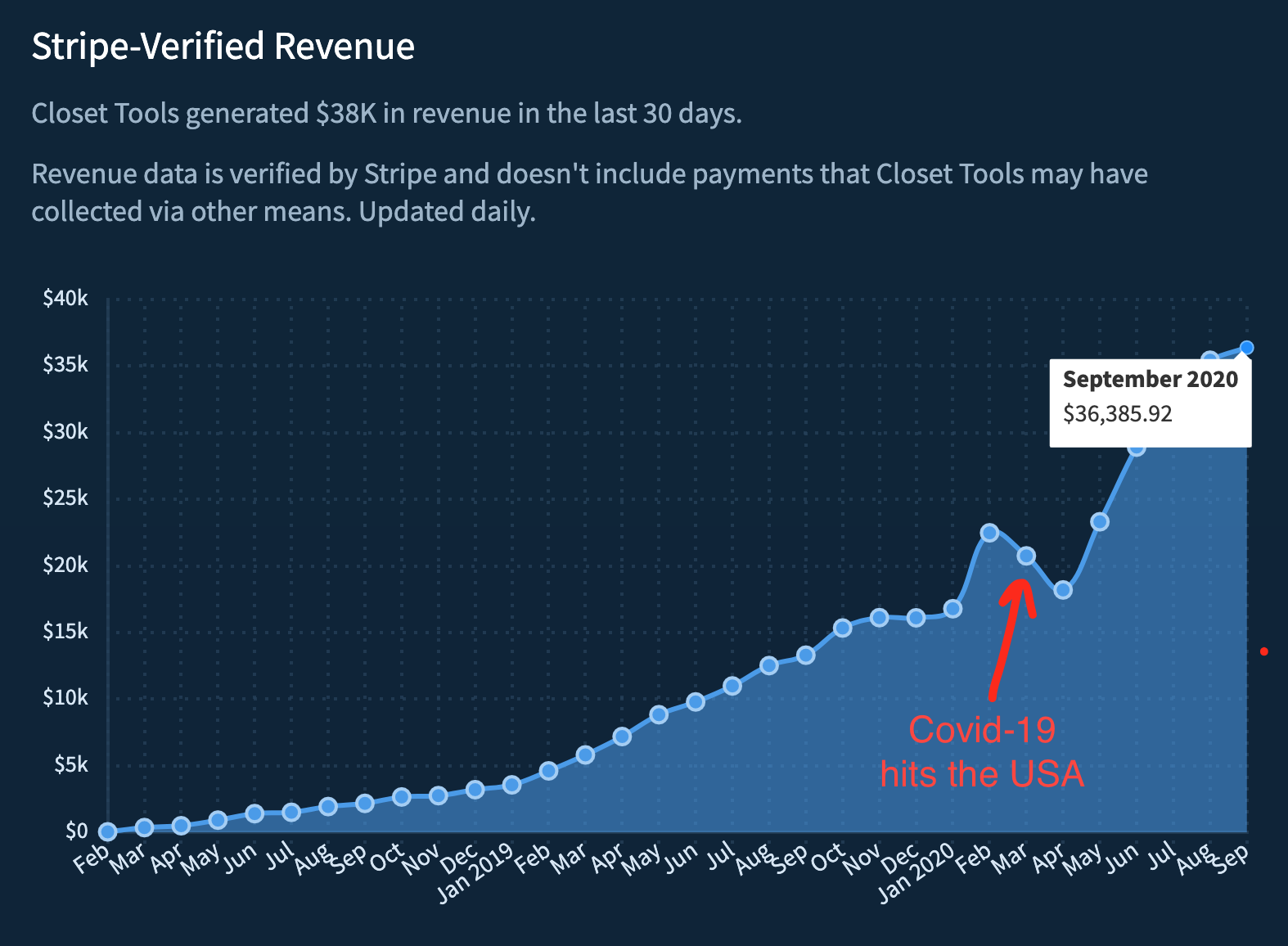 Despite all of the competition that has popped up in the last few years, my business keeps growing. I keep adding features. I keep helping customers. My customers are getting better and better results.

Now, I will say there is a definite first-mover effect. I was early to the game. Many others came after me because I was talking about it. Had I not said anything, I’d probably be doing even better right now.

But it really hasn’t mattered that more people have entered the game. It’s not going to derail the amount of value I have delivered for my customers.

One other thing to note, my competitors try to compete on price and it’s great. I love that they can take the low-end of the market. They can have more customers that pay less, and tend to have more issues and support requests.